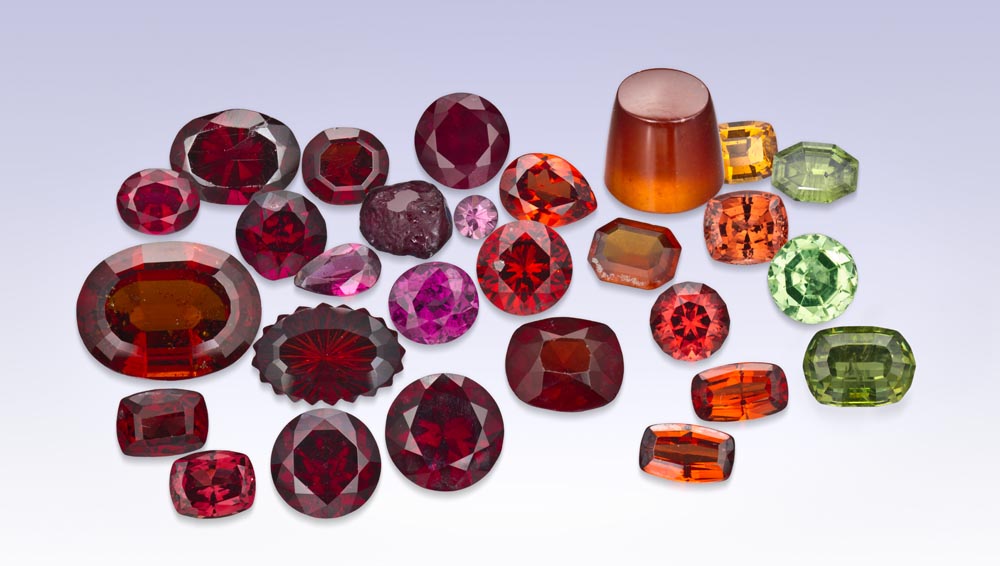 In the jewelry industry, we are often asked what the birthstone for a month is. For the month of January, the most commonly used birthstone is the garnet. While you are likely to imagine a deep red color, garnet is actually available in a variety of colors!

Red garnets have a long history, but modern gem buyers can pick from a rich palette of garnet colors: greens, oranges, pinkish oranges, deeply saturated purplish reds, and even some blues. Red garnet is one of the most common and widespread of gems. But not all garnets are as abundant as the red ones. As well as being known as the birthstone for January, garnet is also known as the gem for the second wedding anniversary.

One more fun fact: Thousands of years ago, red garnet necklaces adorned the necks of Egypt’s pharaohs, and were entombed with their mummified corpses as prized possessions for the afterlife. In ancient Rome, signet rings with carved garnets were used to stamp the wax that secured important documents.