For this year’s Faini Fans Decide contest, we've come up with 3 South Dakota themed designs. Let us know which design is your favorite by “liking” the photo on our Facebook page and we will create the most popular design. 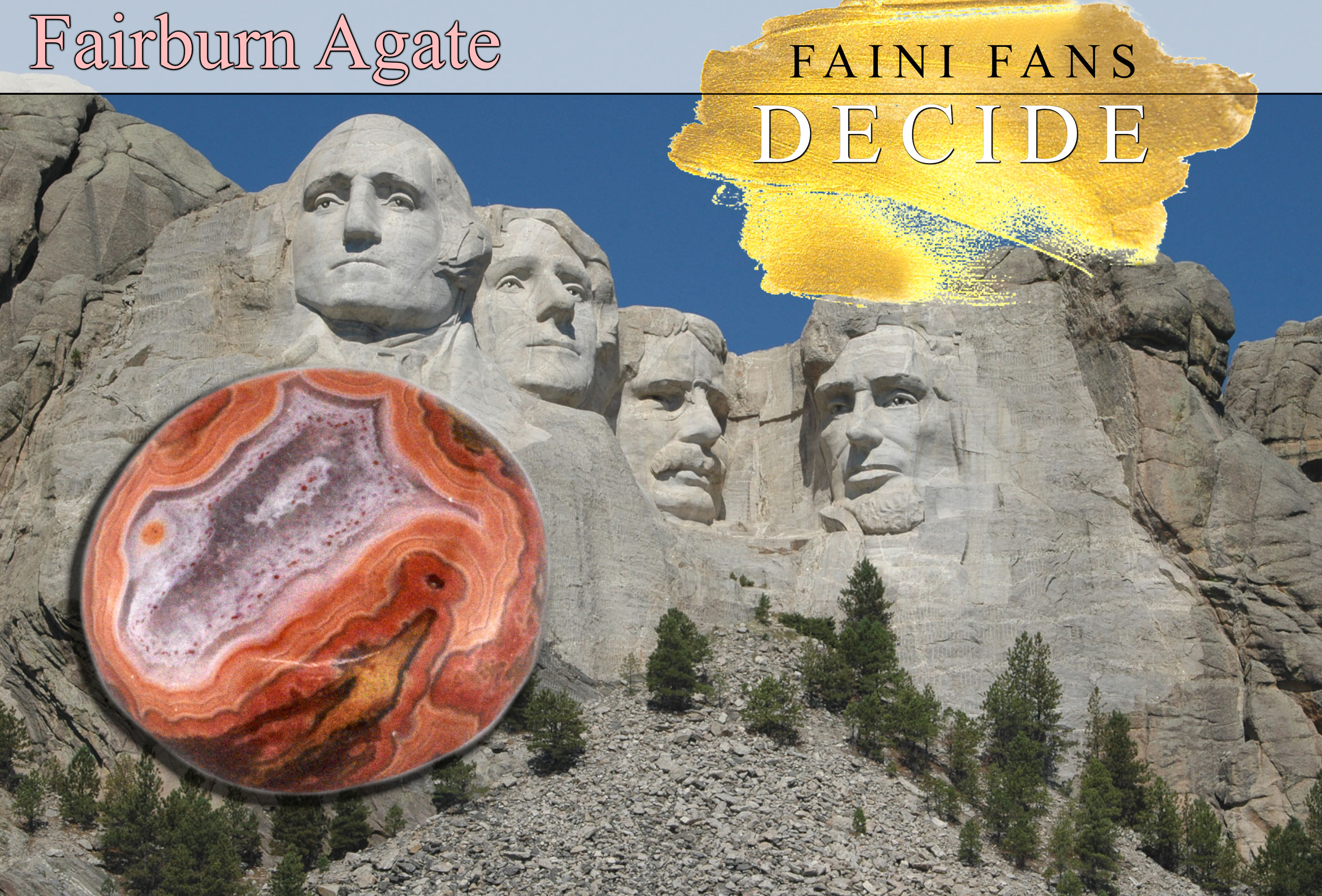 Why a South Dakota theme? The Fairburn Agate is unique to South Dakota. It's named after where it is naturally found, which is 10 miles East of Fairburn, South Dakota, in the southern Black Hills area. Fairburn Agates are noted for their strikingly contrasted, thin bands of wonderful natural colors.

This pendant design is based off the common Native American Sun Symbol, which has seven rays. Each ray represents the seven energy centers within human beings. There is a hidden bail behind the top ray, which allows for the chain to slide through.

This pendant design uses a Black Bear, which is commonly associated with the Black Hills of South Dakota. This design features a black bear cub holding the Fairburn Agate stone. The black color will be achieved by using a relatively new black rhodium plating method. 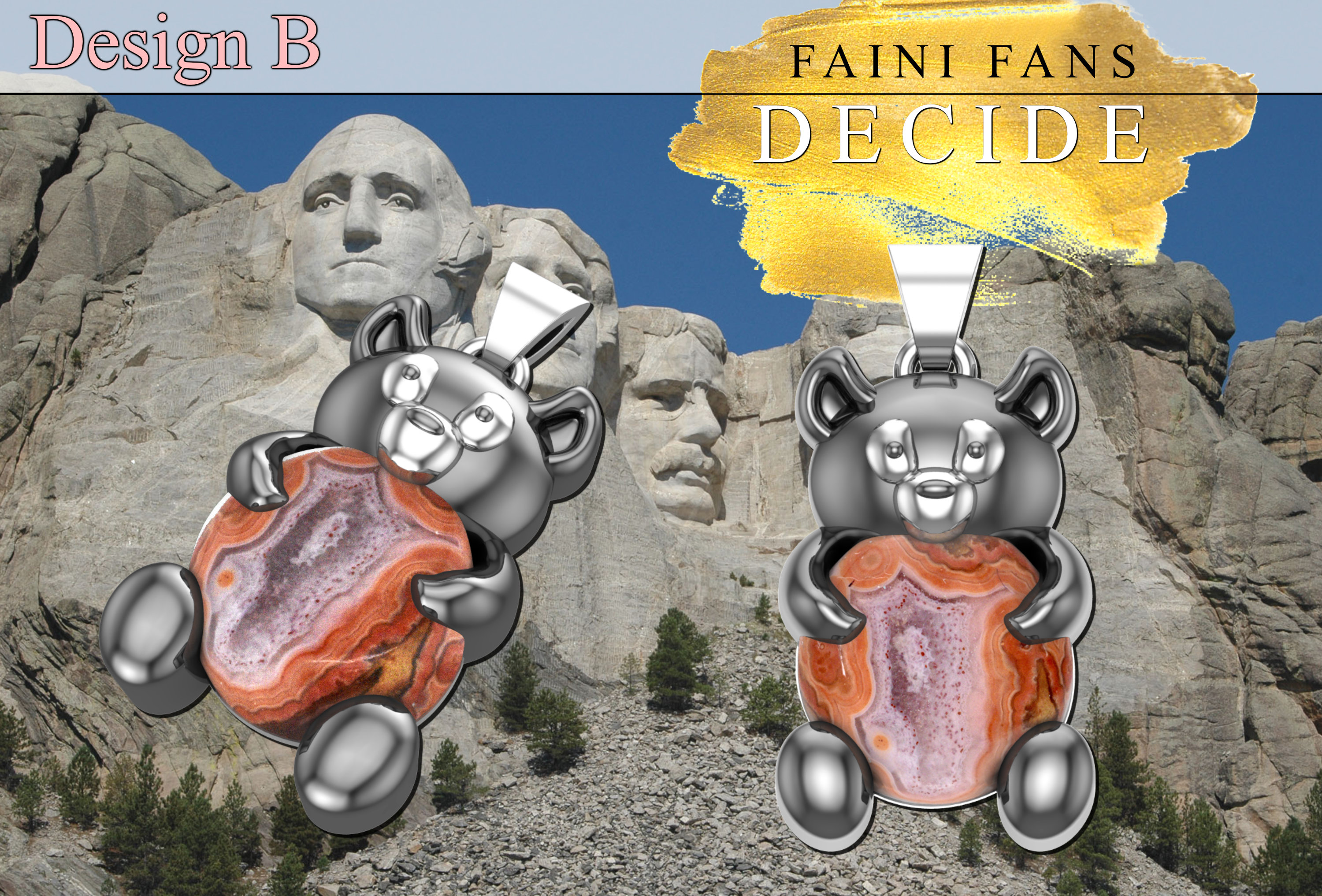 This pendant design represents our State flower, the American Pasque. A hidden bail behind the top pedal allows for a chain to slide behind the design. 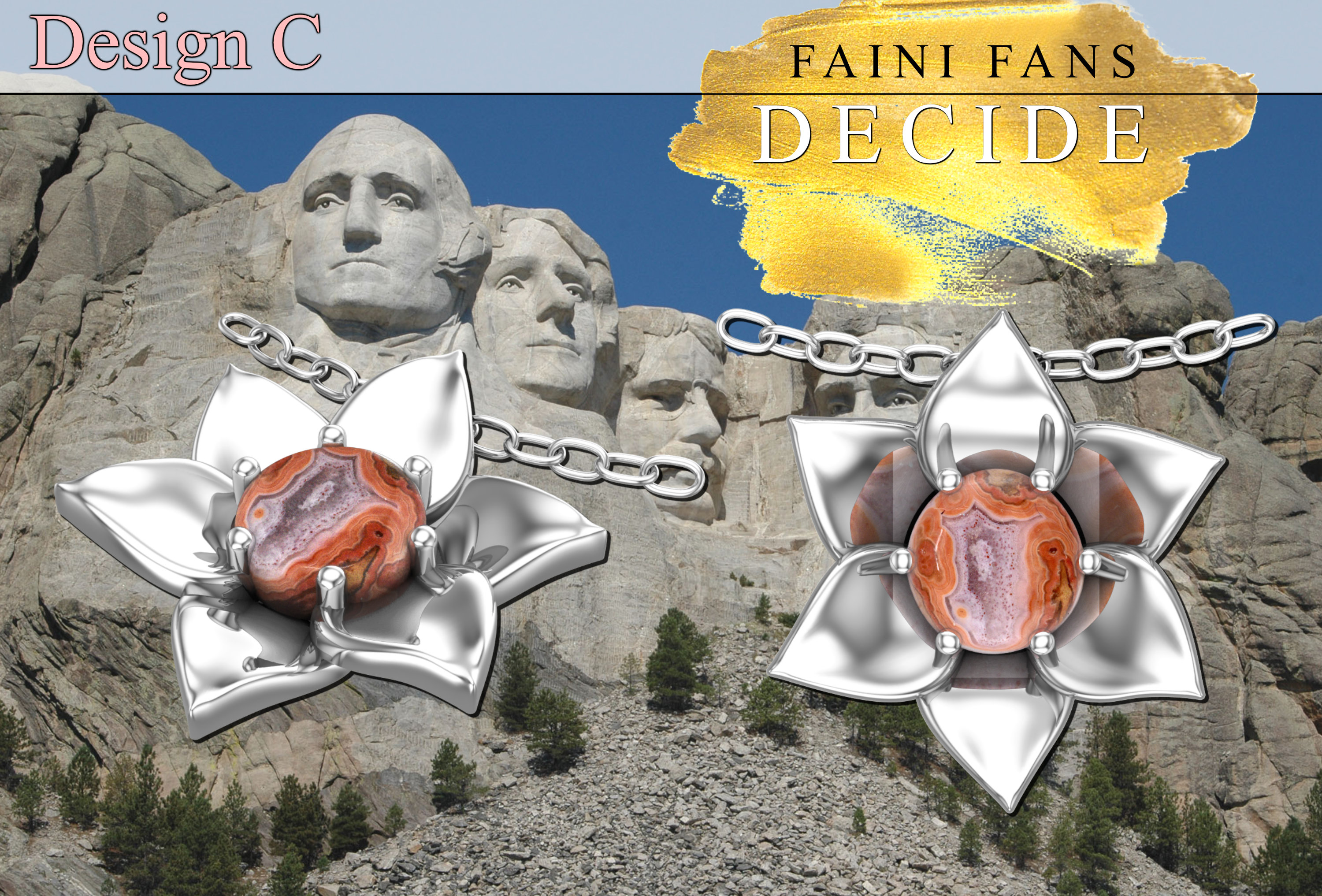 Interested in a custom jewelry project of your own? Stop by Faini Designs Jewelry Studio, a family owned jewelry store in Sioux Falls, to speak to a member of our design team!